EEZ and Mineral Potential in the Pacific

Deep-sea minerals that occur within the Exclusive Economic Zones (EEZs) of many Pacific Island Countries (PICs) are increasingly being recognised as a future potential source of revenue and economic development. In the PICs, approximately eight million people live on small landmasses dispersed over the large span of the Pacific Ocean. These islands have a combined land area of 550,000km2 compared to an area of 38.5 million km2 of ocean territory or EEZs (Figure 1), a ratio of 1:70. For many of the smaller PICs, deep-sea minerals may represent the only exploitable natural resource sector apart from fish. 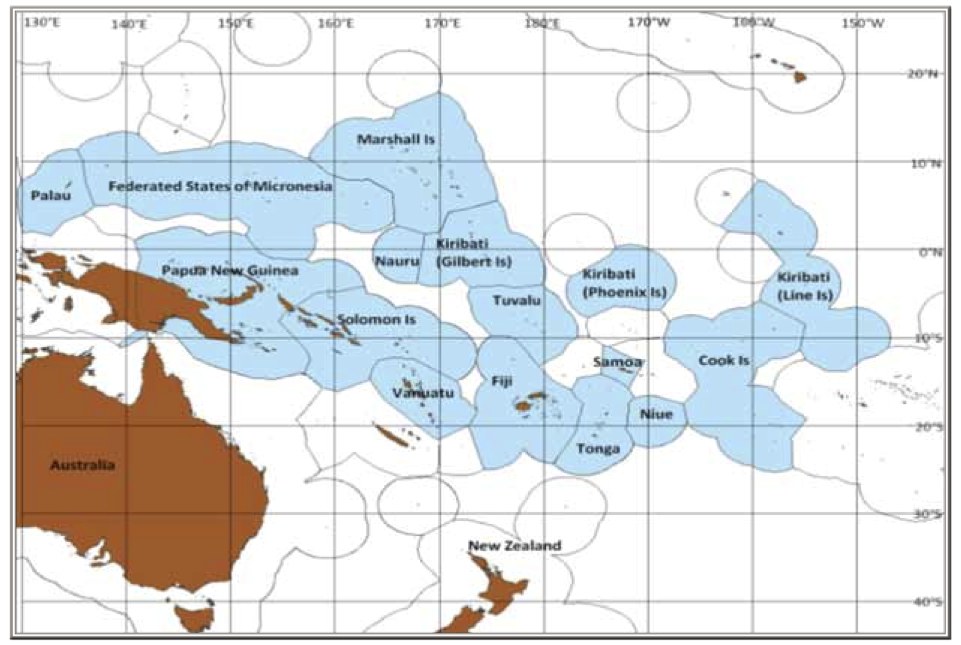 Fig 1. Map of the PICs showing the extent of their respective EEZs

Apart from minor occurrences of other minerals such as phosphate and metalliferous sediments, there are three major types of polymetallic mineral deposits that are recognised on the world’s deep seafloor environment today, namely, Manganese Nodules, Cobalt-rich Crusts (CRC), and Seafloor Massive Sulphide (SMS).

Based on previous exploration results, the potential of deep sea minerals that occur on the seabed within national jurisdiction of PICs are variable ranging from mere mineral occurrences to highly prospective zones. Through ongoing and systematic resource characterisation in which more geological data are made available, the potential of any mineral deposit can be categorised. With increased geological knowledge and confidence mineral resources can be upgraded from which the exploitability of any deposit can be determined.
Recent interests in deep sea minerals are mostly confined to Seafloor Massive Sulphides and this is because of the exceptionally high metal grades associated with SMS compared to Manganese Nodules and Cobalt-rich Crusts. However, with the generally increasing trend of commodity prices coupled with the development of new seabed mining technologies the economic viability of Manganese Nodules and Cobalt-rich Crust deposits may also be realised in the foreseeable future. If this happens, many PICs are expected to become involved with and benefit from the extraction of seabed minerals. 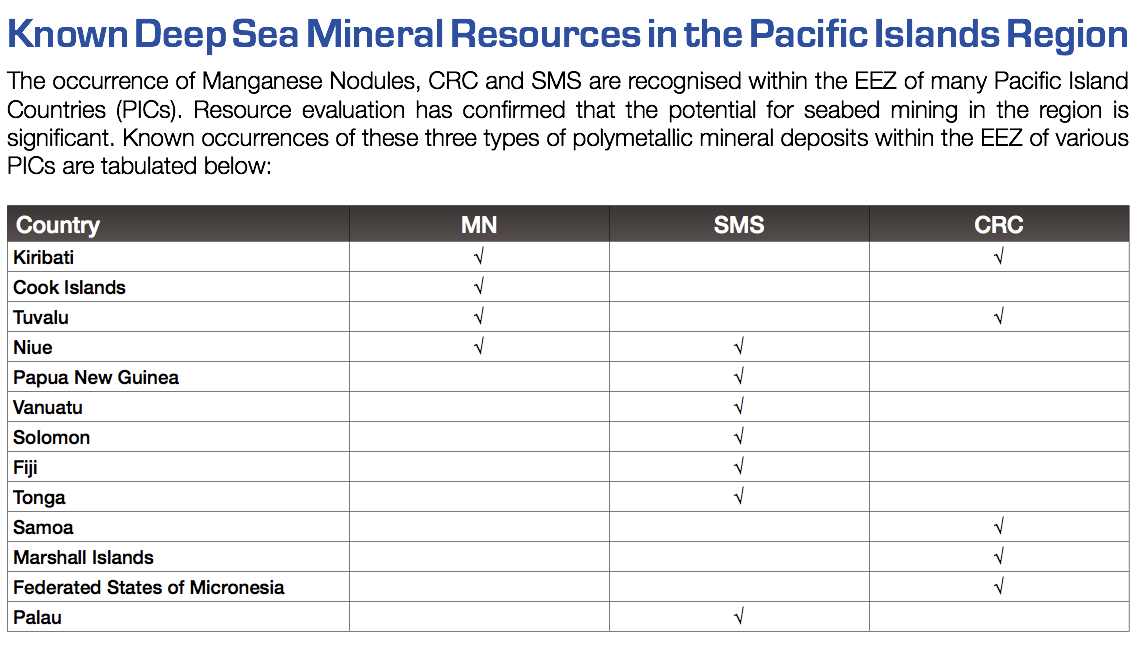 Fig 2. DSM Resources in the Pacific

Nautilus Tenements in the SW Pacific 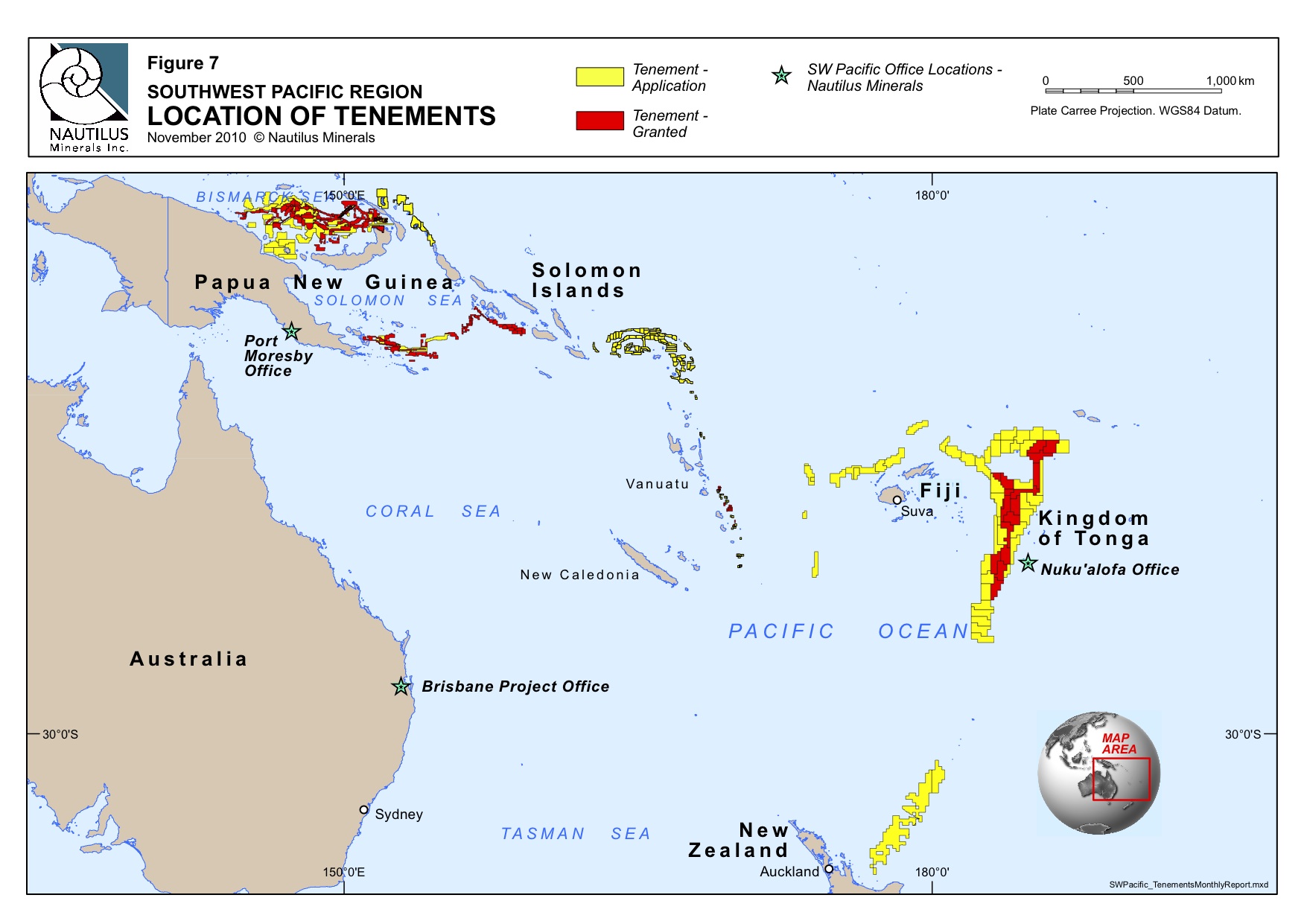